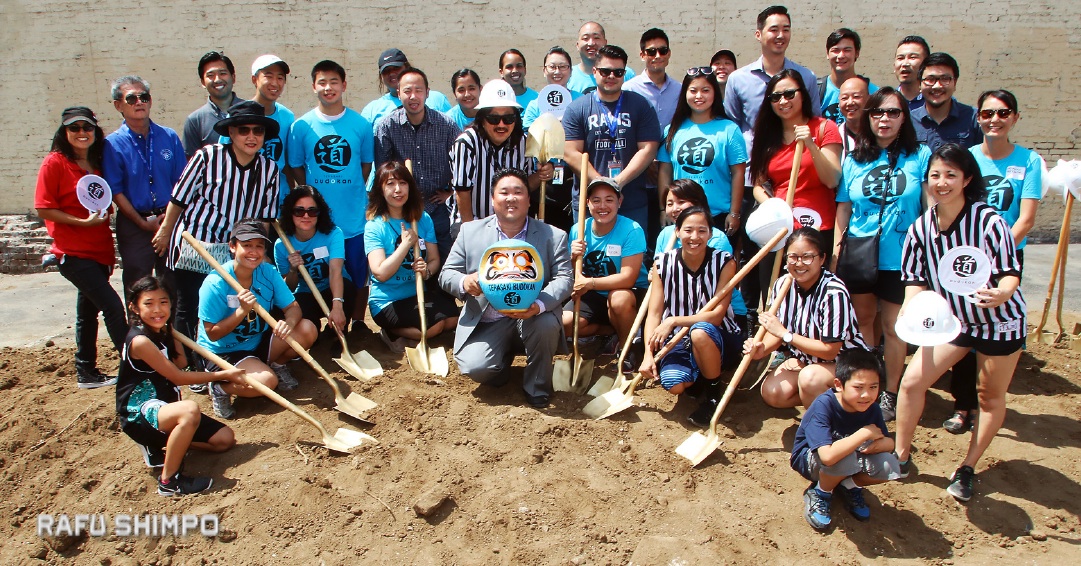 Dean Matsubayashi, the Little Tokyo Service Center (LTSC) executive director who led the multi-faceted organization through some of its most transformative years, passed away on Sept. 4 at the age of 49 surrounded by his family.

Diagnosed with brain cancer on Mother’s Day 2018, Matsubayashi continued to lead LTSC despite ongoing medical treatments. As recently as last May, he made a public statement thanking donors for their support of LTSC’s signature project, the Terasaki Budokan, currently under construction.

“He wanted to see (the Budokan) completed, but at least he knew it was in the care of good people,” Dean’s father, Retired Rinban George Matsubayashi, explained.

Rinban Matsubayashi also expressed gratitude to the many individuals and organizations that have shown their support for the family. “We never knew our son had so many beautiful friends. It is heartwarming to know he had such wonderful people surrounding him.”

He also praised Dean’s wife, Kim Kawaratani, for her remarkable strength, talent, and love, especially over the past year and a half. “She never gave up,” commented Rinban Matsubayashi. “Dean was the same. He would show ‘thumbs-up’ even from his hospital bed.”

In addition to his wife, Dean leaves two children, a daughter, 10, and son, 5.

“Dean’s contributions and accomplishments were immeasurable,” Dick Kaku, president of LTSC’s Board of Directors, said in announcing his passing.

Kaku praised Matsubayashi for his leadership in guiding the organization “to a position of strength and stability…building coalitions and partnerships across ethnic and geographic boundaries, achieving national recognition as a leader in the community development field, and advancing the dream of the Terasaki Budokan…”

Jan Perry, executive director of Infrastructure Funding Alliance, reacted to Matsubayashi’s passing: “I feel so sad because he had ascended to a leadership position and was moving the entire community forward.

“We, of course, will have to carry on (Dean’s) vision, but we’ll never really know how great he would have been, because he left too soon,” Perry said. Perry represented Little Tokyo on the Los Angeles City Council in 2003 and became close to Matsubayashi family after she championed efforts to stop the construction of a jail next to Nishi Hongwanji Buddhist Temple, where Rinban Matsubayashi was a minister. She was also instrumental in securing the Budokan site for LTSC.

Kaku noted, “The work of Little Tokyo Service Center will go forward, as Dean would have expected of us…” Erich Nakano, who has been serving as interim executive director, will continue in that role.

Matsubayashi began as a staff member for LTSC in the late 1990s and became part of the center’s executive management team in 2007.

He attended Venice High School, where he played varsity basketball for three years while also playing in local Nikkei leagues and qualifying for an all-star team invited to visit Japan.

Having worked alongside Bill Watanabe, founder and executive director of both LTSC and the LTSC Community Development Corporation, Matsubayashi is credited with ensuring there would be a smooth transfer of leadership in 2012. At the time, Watanabe pointed out, “Dean worked tirelessly to ensure that the vulnerable programs and projects of LTSC were able to continue towards completion.”